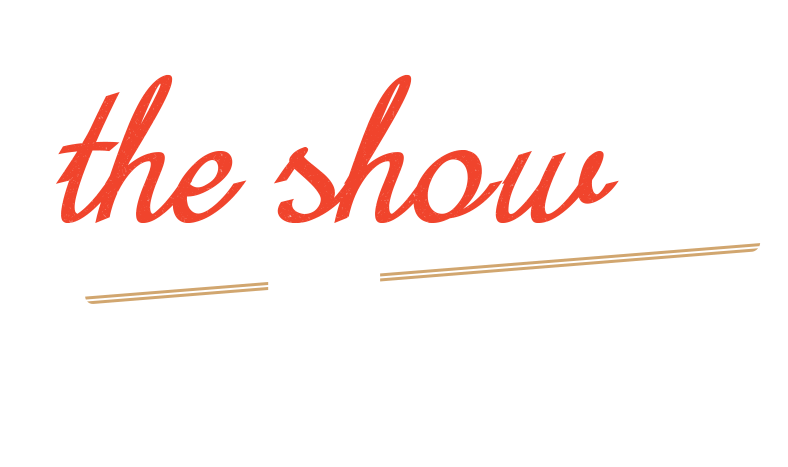 Our comedy-based dueling piano show is always a fun, high-energy party-in-a-box! Our pianists sing and play everything from Jimmy Buffet, Garth Brooks, Billy Joel, To Petty, Jerry Lee Lewis, Disney, Lady Gaga, Elvis, Kate Perry, Metallica and just about anything else. But most important, the show is all about the audience. It’s a clap-a-long, sing-a-long, crazy fiesta with roasts, drinking songs, toasts, and hi-octane comedy.

With traveling teams based in New York, Dallas Fort Worth, Houston and Austin, we are ready to rock just about anywhere in Texas and beyond! 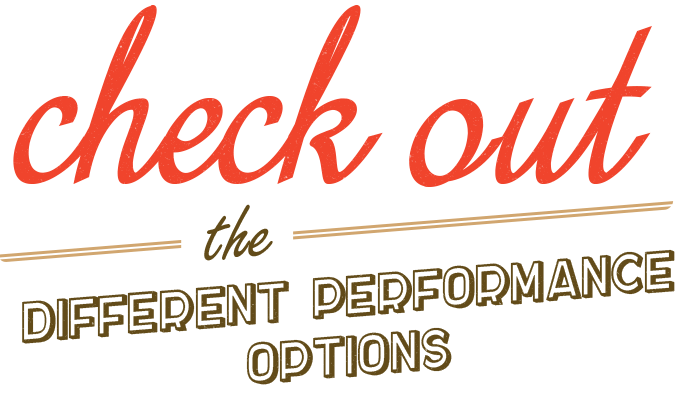 Virtual and in-person corporate events have never been so much fun with our completely interactive dueling piano corporate show. Sing and clap-a-long to favorites from the past 4 decades. Our unique corporate-friendly show will be remembered for years by clients and employees alike.  We bring our 2 grand pianos, and full sound and stage lights and work with your venue to deliver flawless event entertainment, guaranteed. 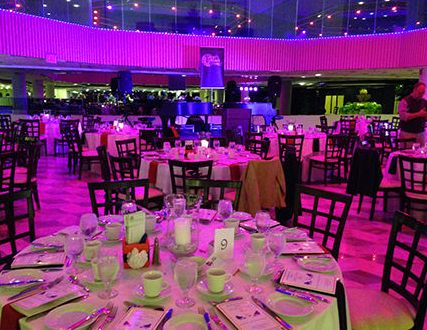 Your friends and family will remember your wedding for a lifetime with our unique and completely interactive dance party dueling piano wedding show. Two grand pianos, a drummer, stage lights and crystal clear sound will light up your reception with an all request sing-a-long and dance-a-long party unlike any wedding band or DJ. We bring request slips, pencils and our comprehensive knowledge of the great music from current day hits to classic rock and everything in between. 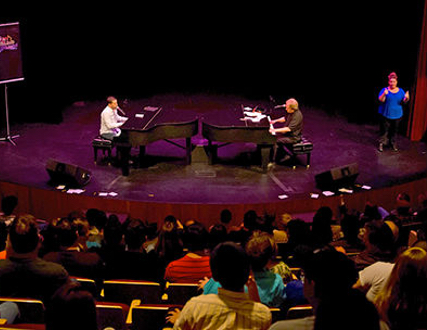 Our college dueling piano show is a unique form of comedy and music that will thrill and delight students, parents and alumni alike. From 1,000 seat auditoriums to campus theaters and clubs, we have brought our interactive show to universities and colleges  that are seeking entertainment that is new and exciting. Our grand pianos and our international headliner dueling piano entertainers are perfect for student activities, alumni weekends, homecoming and fundraising shows. 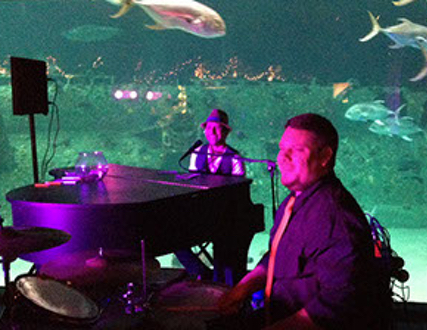 Host the party of a lifetime with our Dueling Piano Party Show. We bring our pianos and our crazy interactive show to your home, backyard or banquet space for your most memorable celebration ever. We can add drums for our interactive Dance Party, combining comedy, dancing and sing-a-long craziness. Family-friendly and adult shows are available. 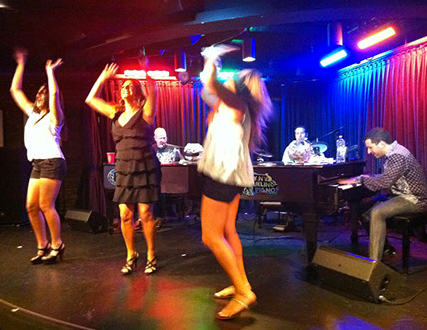 This is our naughtiest dueling piano show. In addition to our more conservative shows, New York, NY Dueling Pianos is now proud to offer an adult version of our unique interactive comedy and music format. Drinking and ribaldry is encouraged as we tear down the house with adult toasts, roasts and drinking songs. 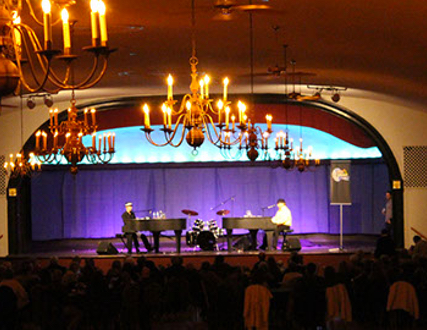 Our headline dueling piano show works in theaters of every size,  including our recent engagement at Carnegie Hall. Imagine a 900 seat house or a 2,000 seat dinner with everyone in the place going crazy to Lady Gaga or Neil Diamond, clapping, singing and laughing to the songs we know and love from the past 40 years. Our completely interactive show works equally as well for a 2 hour headline show or a 15 minute halftime show. 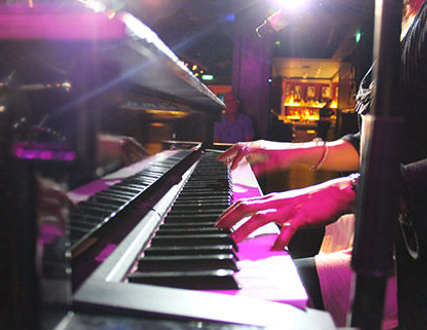 New York, NY Dueling Pianos is the perfect solution for fundraising headline entertainment. Theater, dinner theater or dance party, our interactive, high-energy fundraising show brings down the house every time with singing, clapping and silly roasts, toasts and comedy.  Event tickets are an easy sell with our dueling pianos headline show as your main attraction.  We will help you market your event and give you access to our promotional materials for your print and online advertising campaign.

Throughout the show we use our unique dueling piano format to “bid” for song requests, as people tip for their song to be played first, and outbid songs they don’t want to hear. These crazy tipping battles are sure to entertain, and best of all, we donate back a large portion of these tips directly to your charity at the end of the show, which can substantially offset your costs!

We now offer virtual fundraising shows on the Zoom platform where we raise money through Venmo using online song requests. Everyone can attend from their own homes, online and live. See our two virtual show videos on the video page. 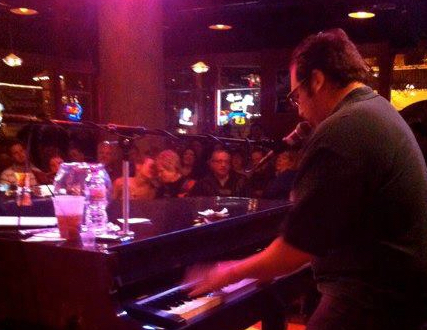 Since the late ’80s the dueling piano format has been wildly successful all over the US and beyond. It succeeds because it is a unique form of live entertainment that directly engages the crowd with music and comedy, unlike any other band or comedian.

We will help you turn your existing nightclub into a dueling piano club or work with you from inception to build a new dueling piano bar. We have the expertise to help you set up your stage with the proper equipment, and help design the seating to make the most out of your space. We can show you how to avoid well-intentioned but fatal mistakes, so that your business succeeds from the very start.

Currently throughout the U.S. there are more dueling piano clubs than there are qualified dueling piano players to work them. We will book your entertainment for you on a weekly basis, assuring you of the best talent for your money. There are many pianists that misrepresent themselves, calling themselves Duelers when most of their work is solo or with a band. We have personally performed with hundreds of dueling pianists and know exactly who the good guys are which of them will be the best fit for your club. 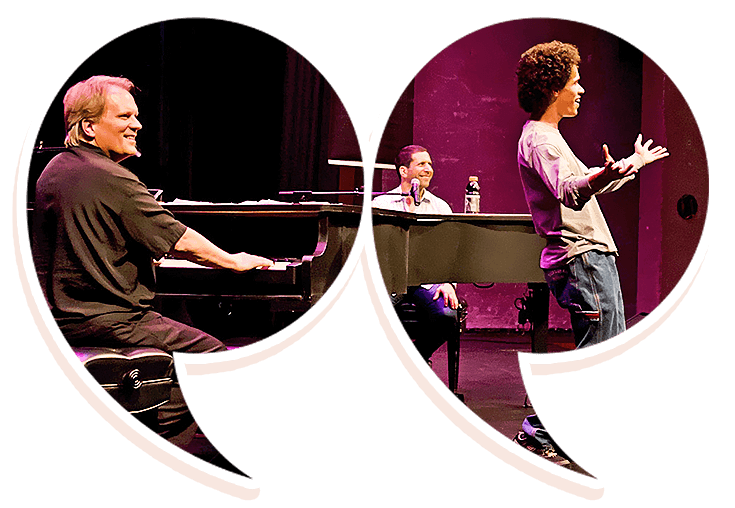